Kelly has worked for the Lawton Agency since 2007 and has been a licensed Property and Casualty agent since 2003. Kelly obtained her Life Producer License in April of 2012. In April of 2014, Kelly received the Certified Insurance Service Representative Designation. Kelly is experienced in all lines of insurance as well as licensed to sell Medicare.

Kelly is a graduate of the Mifflinburg Area High School and still resides in Mifflinburg with her husband and two children. When Kelly isn’t working she enjoys running and coaching her daughter’s soccer team. 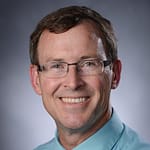